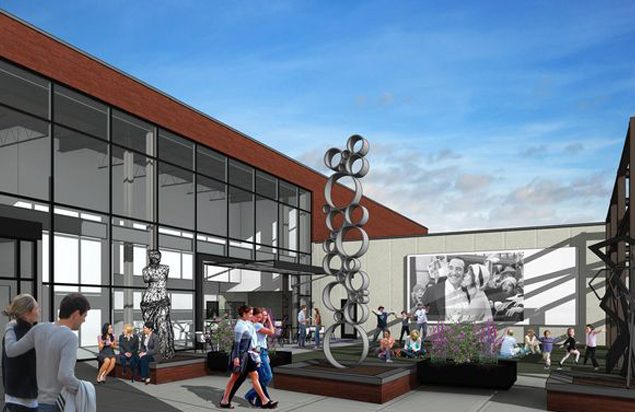 BETHLEHEM, Oct. 23 – State Rep. Steve Samuelson announced today that ArtsQuest was awarded $100,000 in state funds toward the construction of two outdoor arts plazas as part of its proposed Community Cultural Center on the site of The Banana Factory. Samuelson said $100,000 in Greenways, Trails and Recreation Program funding was approved today by the Commonwealth Financing Authority. “The new Cultural Center will build upon ArtsQuest’s outstanding record as a beacon for the arts in our community and will bring new performance venues to the South side,” Samuelson said. “The arts plazas to be built with this grant funding will ensure that outdoor venues are an integral part of the new center.” The new funding is in addition to a previously announced $100,000 grant for this project obtained by state Sen. Lisa Boscola in September. With the additional funding secured by Samuelson, ArtsQuest now has $200,000 in Greenways, Trails and Recreation Program funding which will be used for the construction of two arts plazas at the $18.4 million Cultural Center ArtsQuest is developing at The Banana Factory. The new center will include additional studio and gallery space, educational classrooms, event space, offices, a comedy theater and two dance studios. The state’s Greenways, Trails and Recreation program uses a portion of the funding from an impact fee on unconventional natural gas wells approved as part of Act 13 of 2012.