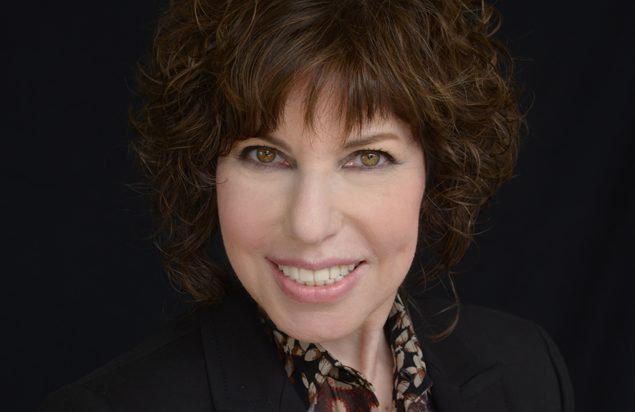 “Many of ArtsQuest’s most valuable outcomes are in the public goods it creates yet these were never measured, so its contributions to things like personal and community welfare have taken a backseat to economic impact,” said Lesa Ukman, founder of PSV, which focuses on applying analytics and data to value to measure social impact. PSV’s 18-month study of ArtsQuest reveals a quantitative relationship between the presence of ArtsQuest and key aspects of well-being. PSV, which only includes evidence-based research where there is a proven connection between a given intervention and a specific outcome, found that in 2019 ArtsQuest created nearly $100 million in social capital for the Lehigh Valley. This is on top of the $136 million in economic impact it generated. Allocating half of ArtsQuest’s annual budget to social impact and the other half to economic impact, the ProSocial Return on Investment (ROI) of ArtsQuest is 900 percent, which means for every $1 invested in ArtsQuest, it creates $9 in social capital. When combining economic and social impacts, the organization had an impact of $236 million on the region in 2019. Ukman is the founder of IEG, one of the most respected sponsorship consulting and analytics firms in the nation. She has facilitated sponsor summits for major brands nationwide and her clients have included NFL, NCAA, Disney and more. In 2016, she established PSV with Jed Pearsall and Bill Doyle, co-founders of Performance Research, a global leader in measuring the marketing impact of corporate partnerships with sports leagues, events and nonprofit organizations. To reach their conclusions on ArtsQuest, PSV researchers: - created an inventory of ArtsQuest assets - identified a taxonomy of outcomes associated with those assets - conducted a series of interviews to gain insider insights of these phenomena, and conducted primary research testing the relationship between ArtsQuest and those outcomes, controlling for factors such as level of engagement with ArtsQuest - when cause and effect could be verified, identified attribution factor, e.g., the amount attributable to ArtsQuest - turned each unit of social capital into a dollar value, typically based on savings to taxpayers or benefits to residents in the form of higher earnings. “There are so many nonprofits doing great work across the nation, so it was humbling to be invited by PSV to serve as the arts beta in its new ‘social capital’ survey,” says ArtsQuest President and CEO Kassie Hilgert. “From launching Musikfest in 1984, through the development of SteelStacks, ArtsQuest’s focus has remained steady - using arts and culture to improve the well-being of our region. A huge part of this has been the partnerships we’ve developed with government, brands, foundations, educators, volunteers, artists and other nonprofits. Being able to demonstrate the actual value these partnerships and programs create will animate our new capital campaign.” PSV valued four types of capital created by ArtsQuest: Community Capital: $22.8 million Refers to the public goods created by ArtsQuest, primarily in Northampton County. Includes ArtsQuest’s contributions to the revitalization of South Bethlehem ($2.3 million) as measured by average CARG (Compound Annual Growth Rate) for owner-occupied units in zip codes 18015 and 18018 and using attribution rate of 10 percent (percent of differential rise in property value attributable to ArtsQuest); attachment/attraction also known as population growth ($8 million); and brand building and image enhancement as measured by audit of ArtsQuest’s earned media ($12.5 million). Civic Capital: $27.6 million Refers to ArtsQuest’s ability to shape attitudes and behaviors that positively contribute to the collective life of Lehigh Valley as measured by: - social cohesion/inclusion ($17.9 million) - civic engagement—volunteering, joining, donating ($7 million) - advocacy and fundraising ($2.7 million) $1.25 million of the $2.7 million in advocacy and fundraising is created by ArtsQuest sponsors, which activate with pro-social programs of their own. Human Capital: $48.8 million Refers to the skills, knowledge, network and well-being that individuals gain from ArtsQuest. Comprised of academic achievement ($7 million), skills and mentoring ($5.9 million), health and well-being ($35.9 million). Intellectual Capital: $796,000 The six intangibles that drive sustainable and substantial growth – audacity, connectivity, capacity, ingenuity, tenacity, diversity. About the ProSocial Valuation Service The ProSocial Valuation Service (PSV) (www.ProSocialValuation.com) harnesses the power of technology and big data to enable clients to invest resources where they will do the most good for people and planet. A joint venture between Lesa Ukman, founder of IEG and creator of the analytics used to select, value and optimize ROI in sponsorships (www.lesaukman.com) and Jed Pearsall and Bill Doyle, co-founders of Performance Research (www.performanceresearch.com), a global leader in measuring the marketing impact of corporate partnerships with sports leagues and events, entertainment properties and nonprofits, PSV’s solutions for measuring, valuing and communicating social ROI with the same rigor as financial ROI is enabling the next generation in both corporate and nonprofit reporting. About ArtsQuest ArtsQuest is a Bethlehem-based nonprofit dedicated to presenting music, arts, festivals, cultural experiences, and educational and outreach programs that aid in economic development, urban revitalization, and community enrichment. Through festivals such as its flagship event, Musikfest; the Banana Factory Arts Center; and the ArtsQuest Center and SteelStacks arts and cultural campus, ArtsQuest’s programming reaches more than 1.9 million people annually. The organization’s programs and events, approximately 40 percent of which are free to attend, have a combined economic impact of more than $136 million annually in the region.