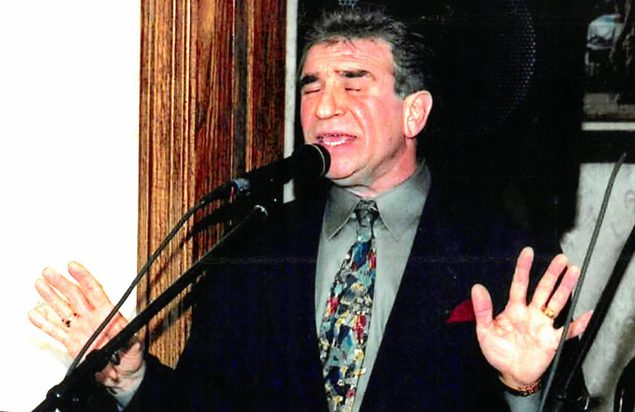 BETHLEHEM, PA--ArtsQuest is honored to announce a new $1,000 scholarship funded by a $25,000 contribution from friends of the late John DiFrancesca. The scholarship will be awarded annually to a student in the ArtSmart program who is interested in attending summer art camps or advanced art classes at the Banana Factory Arts Center. It will be presented each year at the Linny Awards. Designed for Bethlehem area middle and elementary school students, the ArtSmart after-school enrichment program provides personalized, hands-on instruction in artforms like ceramics, painting, drawing, glassblowing, photography, mosaics, printmaking and fiber arts. DiFrancesca was a beloved and well-known Lehigh Valley personality who passed away April 20, 2018 in Allentown. Born in the village of Castel De Lucia in Sicily, he came to the United States as a child. He was proud of his village and his family, and over the years he took friends to visit Castel De Lucia and his relatives who remain there. For more than 30 years, DiFrancesca was a respected and key figure in the East Coast music scene. He started out as a vocalist, became a band leader and then moved on to management and booking bands. His band, The High Keys, was very successful and well known, recording the popular doo-wop/rock Christmas song, "The Christmas Game." DiFrancesca later went into the real estate business, managing and developing rental and commercial properties. In addition, he laid the groundwork for a new bank called Ambassador Bank of the Commonwealth back in the late 1980s. His involvement in the church was one of his proudest activities, and he was a member of the Church Choir at St. Anthony’s in Easton. He would sing duets in the church, and at Christmas he performed “Dormi Non Piangere.” DiFrancesca was known for his dedication to his friends and family, as well as his engaging, warm and upbeat personality. With his passing, he left a legacy of caring, sensitivity and commitment. “ArtSmart has had a positive impact on thousands of Bethlehem area students since it was started 15 years ago,” says Kassie Hilgert, ArtsQuest President & CEO. “This generous gift and new scholarship fund, established by friends in Mr. DiFrancesca’s memory, will create new opportunities and pathways for some of our best and most talented students to continue to explore and learn through the arts.” For information on the new scholarship, as well as how to nominate a student, contact ArtsQuest Director of Education and Outreach, Lisa Harms at lharms@artsquest.org.