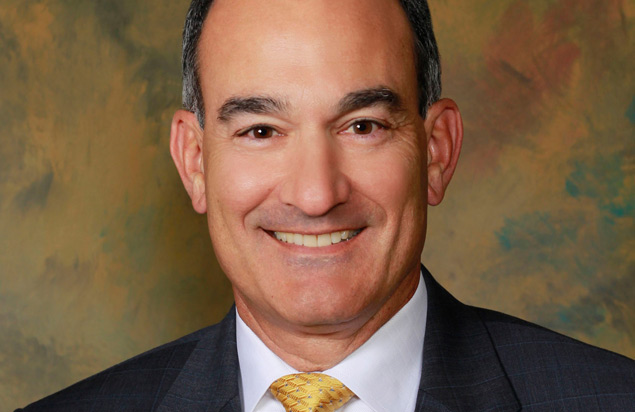 Attorney Gregg Feinberg Named Chair of ArtsQuest Board of Trustees

BETHLEHEM, PA--ArtsQuest is pleased to announce that Attorney Gregg M. Feinberg has been elected chair of the ArtsQuest Board of Trustees. Feinberg, a Salisbury Township resident, will serve a one-year term as chair of the 21-member board, which is responsible for the overall governance of the nonprofit community arts organization. A graduate of the University of Pittsburgh in 1980 and the University of Pittsburgh School of Law in 1983, Feinberg is the principal in the Allentown-based Feinberg Law Office and Feinberg Real Estate Advisors, LLC. Since 1997, he has worked as a commercial and industrial real estate developer, with projects ranging from the preservation of the Johnson Machinery Building in Bethlehem to the development of the Information Technology Center at Lehigh Carbon Community College. In 2009, Bethlehem Mayor John Callahan tapped Feinberg to serve as consultant and project manager for the City of Bethlehem during the development of the public spaces at SteelStacks including the Levitt Pavilion and Bethlehem Visitor’s Center. In his role, Feinberg worked closely with the Bethlehem Redevelopment Authority on the coordination and management of the architects, engineers and various stakeholders associated with the urban revitalization project, which in 2014 was awarded a prestigious Urban Land Institute Global Award for Excellence. From 2004-’07, Feinberg served as treasurer of the ArtsQuest Foundation, and he has been a member of the ArtsQuest Board of Trustees since 2013. In addition to ArtsQuest, he has been involved with several other corporate and community boards including the Greater Lehigh Valley Chamber of Commerce, where he served as the chairman from 2009-’13. Additional ArtsQuest Board of Trustees officers are: Vice Chair: James Creedon, Senior Vice President of Operations at Temple University Secretary: James Nallo, Community Volunteer Treasurer: Mark Jobes, Senior Vice President of Commercial Lending at Lafayette Ambassador Bank

ArtsQuest is pleased to announce that Dr. William Woodruff, Neuroradiologist for the Progressive Physicians Group at St. Luke’s University Health Network, has been elected chair of the ArtsQuest Visual Arts Board, while Mary Stubbmann, Chief Operating Officer at Kevitch Chung and Jan Aesthetic Surgery Associates, has been elected chair of the Friends of the Levitt Pavilion SteelStacks Board. Woodruff has been a member of the Visual Arts Board since 2013, while Stubbmann has been part of the Levitt Pavilion board for the past six years. Newly elected Friends of the Levitt Pavilion Board officers are: Vice Chair: Timothy Canfield, Vice President and Retail Marketing Manager for TD Bank Secretary: Mario Galante, Community Volunteer Treasurer: Jeffrey Hunsicker, Forensic Consultant Alicia Hayden, Senior Manager of Quality & Customer Experience for Olympus America, has been named Vice Chair of the Visual Arts Board. In addition Robin Staff, Executive Artistic Director & Producer of DanceNOW NYC, was elected to a second term as the chair of ArtsQuest Performing Arts Board, while Ryan Dunn of Dunn Twiggar Co. will return as Vice Chair. Joseph Bergstein, Vice President of Investor Relations & Treasurer at PPL, has also joined the Performing Arts board for a two-year term. For more information on ArtsQuest, please visit www.artsquest.org.