James Creedon Named Chair of ArtsQuest Board of Trustees 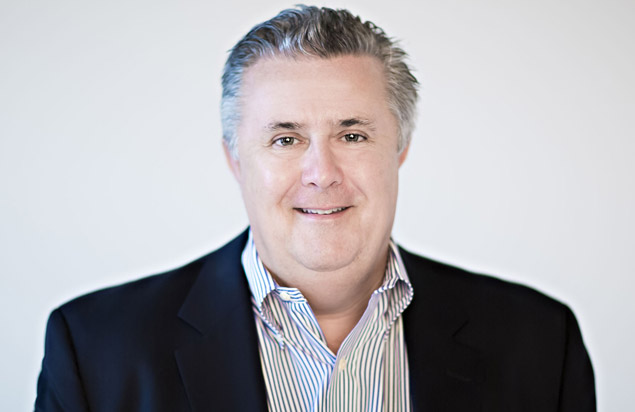 Photo by Olaf Starorypinski BETHLEHEM, PA--ArtsQuest is pleased to announce that James Creedon has been elected chair of the ArtsQuest Board of Trustees. Creedon, a Lower Saucon Township resident, will serve a one-year term as chair of the 21-member board, which is responsible for the overall governance of the nonprofit community arts organization. The owner of the Bethlehem-based Creedon Management Associates, Creedon has more than three decades of management experience in the private and nonprofit sectors. From 2005-’10 he served as Secretary of the Department of General Services for the Commonwealth of Pennsylvania under Gov. Ed Rendell, where he was responsible for Commonwealth procurement, construction, real estate and property management. While Secretary, Creedon also served as Chief Implementation Officer for the American Recovery Act in Pennsylvania. Before joining the Rendell administration, he was Senior Vice President of Business Development for United Water. Most recently, he served as Senior Vice President of Operations at Temple University. Born in Bethlehem, Creedon graduated from Liberty High School and went on to earn his bachelor’s degree and Master’s of Business Administration Degree from Lehigh University. An active member of the community, he has volunteered with several organizations, serving on both the Delaware & Lehigh National Heritage Corridor Board and the United Way of Pennsylvania Board. Creedon has been a member of ArtsQuest’s volunteer leadership for the past eight years, serving as a Board of Trustees member since 2012. He was also a member of the Friends of the Levitt Pavilion Board from 2010-’16, serving as chair from 2010-’13, and chair of ArtsQuest’s Governance Committee from 2016-’17. The rest of the newly appointed ArtsQuest Board of Trustees officers are: Vice-Chair: Vicki Doule’, Senior Director of Group Sales Major Marketing at Capital BlueCross Secretary: Fred Stellato, Attorney at Norris McLaughlin & Marcus, P.A. Treasurer: Mark Jobes, Senior Vice President of Commercial Lending at Lafayette Ambassador Bank New Board of Trustees members for 2018 are Alicia Hayden, Senior Manager of Quality and Customer Experience at Olympus America Inc., and David Willard, community leader and retired Director of Employee Communications & Community Services at Olympus America.

ArtsQuest is pleased to announce that Alicia Hayden, Senior Manager of Quality and Customer Experience at Olympus America Inc., has been elected chair of the ArtsQuest Visual Arts Board, while Timothy Canfield, Vice President and Retail Market Manager at TD Bank, has been re-elected chair of the Friends of the Levitt Pavilion SteelStacks Board. Hayden has been a member of the Visual Arts Board since 2015, while Canfield has been part of the Levitt Pavilion board for the past four years. Also re-elected as Friends of the Levitt Pavilion Board officers are: Vice Chair: Mario Galante, Retired Principal, Quakertown Community High School Secretary: Jeffrey Hunsicker, Independent Forensic Consultant Treasurer: Victor Schmidt, Director of Human Resources for Precision Roll Grinding Todd Chambers, Associate Partner at MKSD Architects, has been named Vice Chair of the Visual Arts Board. In addition, Daniel Crowley, Director of Business Advisory Services at Quadrant Private Wealth, was elected to a second term as the chair of ArtsQuest Performing Arts Board, while Ryan Dunn of Dunn Twiggar Co. returns as Vice Chair. For more information on ArtsQuest, please visit www.artsquest.org.