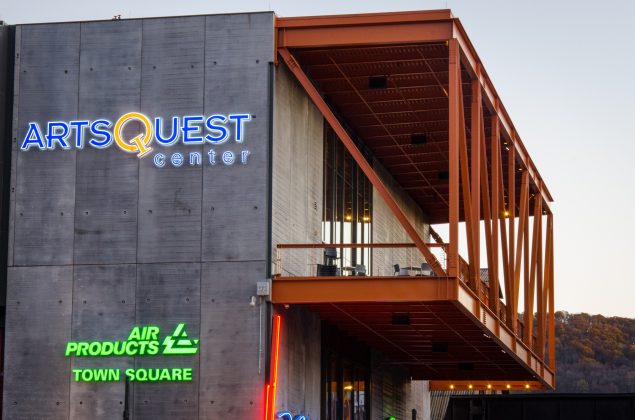 BETHLEHEM, PA – As part of the larger COVID-19 stimulus bill passed by the U.S. Congress on Sunday, Dec. 27, the #SaveOurStages funding could aid more than 3,000 independent venues from all 50 states that make up the recently formed National Independent Venue Association (NIVA) with needed funds to keep their doors open. ArtsQuest would like to thank NIVA leadership, including Dayna Frank, Rev. Moose from Maurader, and Akin Gump Strauss Hauer & Feld LLP for their hard work spearheading the effort to pass the largest arts bill in history. We would also like to thank all of Pa.’s representatives in Congress who signed on as co-sponsors: U.S. Senator Bob Casey, Congresswoman Susan Wild, Congressman Brian Fitzpatrick, Congressman Brendan Boyle, Rep. Dwight Evans, U.S. Rep. Chrissy Houlahan, Rep. Congressman Matt Cartwright, Rep. Conor Lamb and Rep. Mike Doyle. We would also like to thank our ArtsQuest members, sponsors, donors, attendees and federal, state and local municipalities for their ongoing support. ArtsQuest CEO Kassie Hilgert said, “We are honored to have been part of building NIVA and would like to thank every Congressperson who recognizes the importance of the arts in getting our nation back on its feet by passing this historical bill.” “Independent arts venues were the first to close and will be the last to open. We’ve been able to offer limited in-person and virtual arts programming to keep our communities connected and hopeful but we, along with all these independent venues from across the country, need significant help,” she said. “This funding is critical to ensuring that we can provide paid opportunities for artists as well as get back to hosting the kind of programming that before, generated over $230 million in economic impact in the Lehigh Valley, directly supporting small businesses, hotels, restaurants and more.”