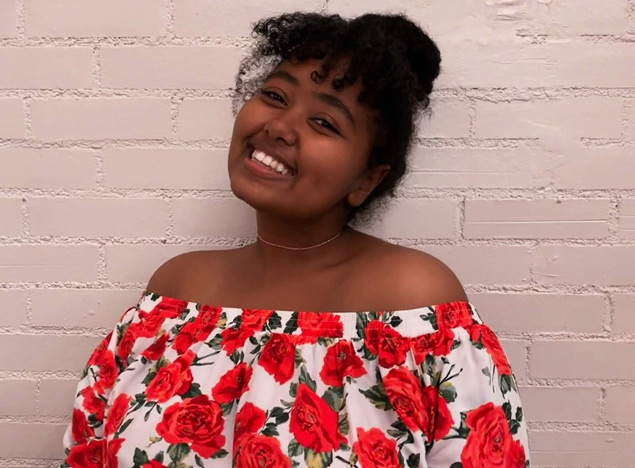 We are pleased to welcome Maereg Gebretekle as our Summer 2021 Volunteer Program Intern! She started right at the end of May and will be with us until the last day of Musikfest.

Maereg Gebretekle is looking forward to starting her summer as the Volunteer Program intern. Maereg is a rising senior at Muhlenberg College where she studies Theatre, concentrating specifically in Acting and Stage Management.

Maereg has been involved in her College’s theatre association board (Muhlenberg Theatre Association) since her freshman year. She was the Studios Coordinator in the Fall of 2019, then the Production Manager for the year of 2020 before being elected as the MTA President for the year of 2021. At Muhlenberg College, she was in a World Premiere of Part Two of Holly Cate’s adaptation of Shakespeare’s War of the Roses tetralogy, O War! In her second year, she became an Assistant Director to Jeffrey Page, an Emmy Award-nominated director and choreographer, for a production of A Raisin in the Sun as well as an Assistant Stage Manager.

Besides theatre, Maereg loves watching film commentary youtubers, painting, dancing, learning to roller skate and playing the guitar (at least trying to). She’s super thrilled to spend her summer at ArtsQuest, helping everyone in any way she can!