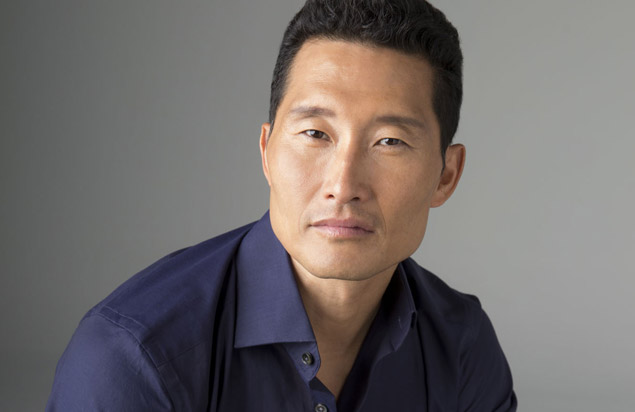 Bethlehem, PA---The ArtsQuest Foundation is pleased to announce that nationally acclaimed actor and former Bethlehem resident Daniel Dae Kim will receive the Foundation’s prestigious Pinnacle of the Arts Award at the second Linny Awards ceremony Nov. 9 at the ArtsQuest Center’s Musikfest Café at SteelStacks. The Pinnacle of the Arts Award, selected by the ArtsQuest Foundation Board, is presented to an individual who has lived or currently resides in the Lehigh Valley and has achieved national or international distinction in the visual, literary or performing arts. Kim is perhaps best known for his role as Chin Ho Kelly on the 2010 reboot of the classic television show “Hawaii Five-0.” Prior to that he played Jin Soo Kwon on the hit TV series “Lost,” for which he shared a 2006 Screen Actors Guild Award for Best Ensemble, and was honored individually with an AZN Asian Excellence Award, a Multicultural Prism Award and a Vanguard Award from the Korean American Coalition, all for Outstanding Performance by an Actor. In 2009, Kim was recognized with the prestigious KoreAm Achievement Award in the field of Arts and Entertainment and also named one of PEOPLE Magazine’s "Sexiest Men Alive." In a return to his theater roots, Kim played the King of Siam in Rogers & Hammerstein’s “The King and I” in 2009 at the Royal Theatre in London, and in 2016 played the same role on Broadway, receiving a Broadway Beacon Award and the Theater Legacy Award from New York’s Pan Asian Repertory Theater. Born in Busan, Korea, Kim moved to the U.S with his parents when he was 2 years old. He grew up in Bethlehem and attended Freedom High School, where he was class president and also played tennis. In his senior year, he had a role in the play “Harvey,” but truly discovered acting while a student at Haverford College in Haverford, Pa. He later attended New York University, where he earned a Master’s Degree in Fine Arts. “Growing up in the Lehigh Valley was a major influence on who I am today, and I’m grateful to the Linny Awards Committee for honoring me with this award,” Kim says. “I hope I can do Linny herself proud.” After earning an advanced degree, Kim's film career began in earnest with roles in “The Jackal,” “For Love of the Game,” “The Hulk,” “Spider-Man 2,” “The Cave” and the Academy Award-winning “Crash.” On camera he has guest-starred in numerous television shows, including “CSI,” “ER” and two seasons on “24” as Agent Tom Baker. He also starred in the Emmy Award-nominated miniseries “The Andromeda Strain.” Kim has also lent his voice talents to the award-winning film “The Tale of Princess Kaguya,” as well as several video games, most notably creating the role of Johnny Gat in “Saints Row” games 1, 2 and 3. The Linny Awards are named after the late Marlene "Linny" Fowler of Bethlehem in honor of her dedication to and support of the arts. The awards, presented annually, celebrate the extraordinary artists, art educators, businesses and philanthropists who have lived, now live or work in the Lehigh Valley. In addition to the Pinnacle of the Arts Award, the Foundation will be presenting additional awards for which the public is welcome to submit nominations. The categories include Visual Artist of the Year, Performing Artist of the Year, Emerging Artist of the Year, Arts Educator of the Year, Business Supporters of the Arts, Philanthropy in the Arts, Excellence in Production Design and Lehigh Valley Scholarship Award. The deadline for submissions is May 14; for criteria and submission directions go to www.artsquestfoundation.org/linnyawards. The ArtsQuest Foundation is also looking for supporters for the 2017 Linny Awards. Sponsorship information and opportunities are available by contacting Lauren Stoy at lstoy@artsquest.org or visiting www.artsquestfoundation.org/linnyawards.